Every year the European Biker Build-Off is one of the highlights of the Custombike Show in Bad Salzuflen, Germany. Since 2007, two teams compete with one another and have three days to complete a customized bike live in front of the visitors. This year, The Jekill and Hyde Company supported South-East Motorcycles with an electronically adjustable exhaust  system in their journey to the coolest custom bike. But the show itself is just the tip of the iceberg; the real work starts months before…

When South-East Motorcycles was approached for the Build-Off, they decided that they wanted to make a custom motorcycle without too much hassle. A bike that’s fit for the road, salable and fully compliant with European regulations. In The Exhaust from Dr. Jekill & Mr. Hyde they found the perfect partner for this objective. With the new 2018 Harley-Davidson Fat Boy with the Milwaukee Eight engine as a base, South-East Motorcycles mechanic and paintwork specialist Harold enthusiastically started customizing. 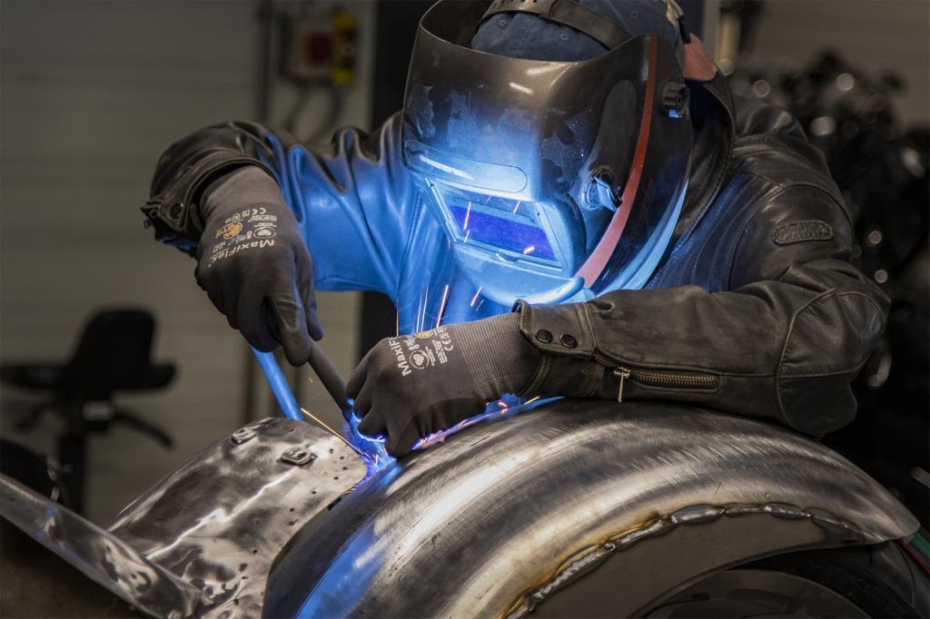 During the process he, among other things, extended the tank, built a tailor made fender, added beautiful tires and rims that fit the bike perfectly and sprayed most surfaces metallic black with leaf gold striping paintwork. For the exhaust South East chose a Dr. Jekill & Mr. Hyde black Big Shot with V-Strike, to accentuate the v-line of the engine block and to keep the rear wheel free. All of this was done inhouse at their workplace in Heijen, The Netherlands. Finally, when everything was finished and assembled, the bike was taken apart again to be built from scratch at the Custombike Show in Bad Salzuflen. 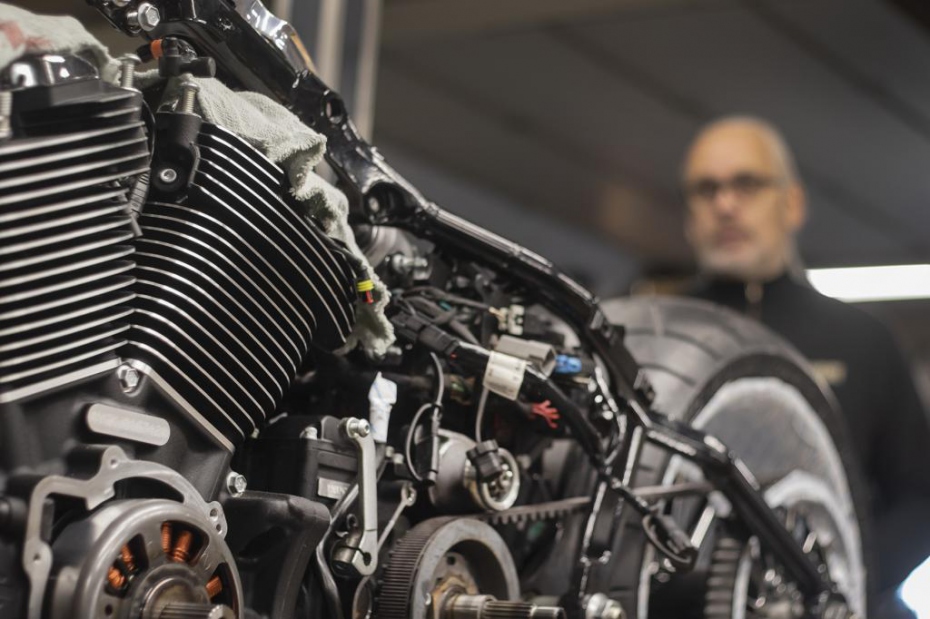 The South East team started the build-off on friday and two days, lots of sweat, dirty hands and an occasional beer later South East Motorcycles owner Twan drove the bike from the event workshop to the stage for the grand finale. Their competitors Rocket Bobs from England joined them and after a quick introduction and drumroll to boost the tension, the British biker builders were awarded the first prize with an extreme, but cool and bold design. But this didn’t spoil the fun. South East Motorcycles is very glad to have taken part in this wonderful tradition and looks forward to the next challenge. And hopefully Dr. Jekill & Mr. Hyde will join the party once again!