One of our most enthusiastic and long-lasting partners, CM.Motorcycles, took on the challenge to create a Custom Dr. Jekill & Mr. Hyde FTR 1200 S, called The Red Hyde. And we dare to say, it's a beauty! 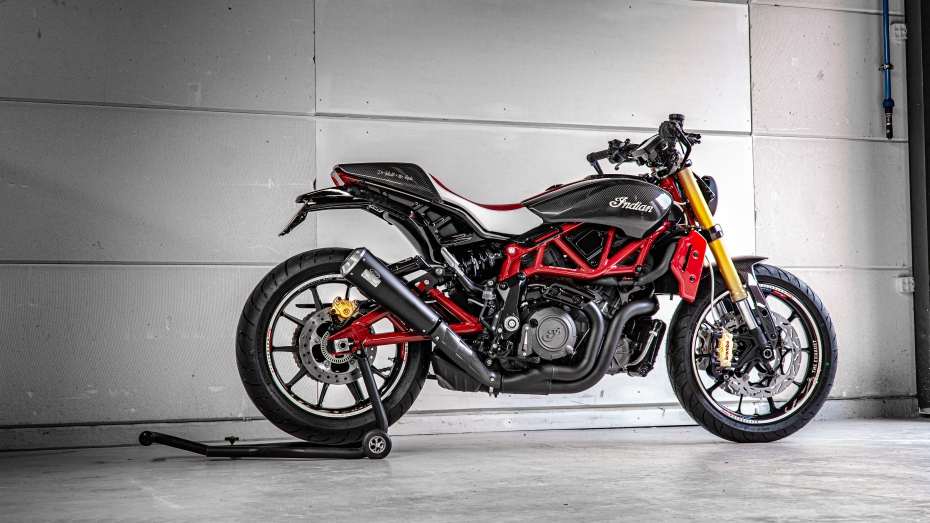 CM's founder and director Michael Christoffel, a former race addict, had a very clear​ idea when he made his drawings for this custom speed devil: a FTR that breaths race and playfulness. ​The bike almost instantly got this look and feel, when he added the Dr. Jekill and Mr. Hyde exhaust, called The Arcade. Both in the lower and upper version it amplifies the lines and shapes of the motorcycle perfectly. The exhaust in the lower version is completely original Dr. Jekill & Mr. Hyde with carbon heat shields, for the upper configuration he has black coated the header set. 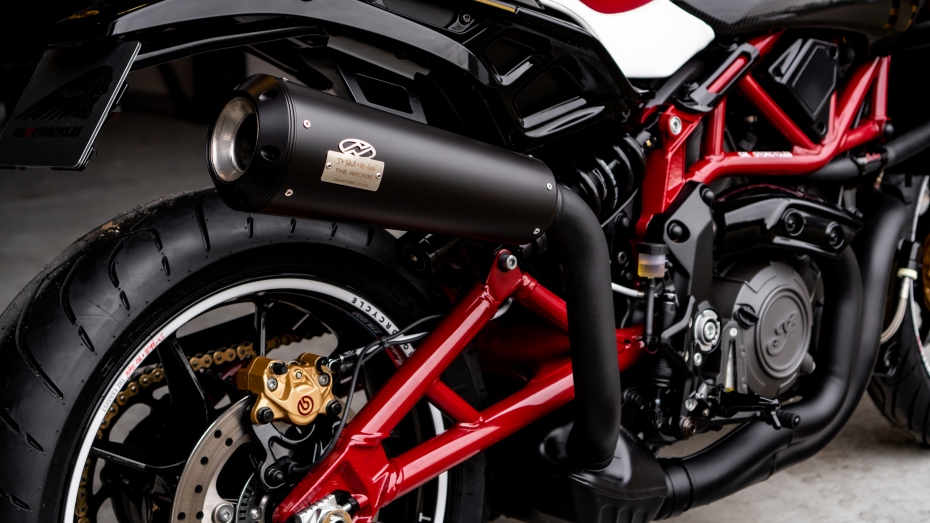 Next to this he used the original Indian carbon kit (which includes, among other things, the tank cover, front and rear fender), he put on a custom license plate holder, aftermarket mirrors, custom paint, Kellermann blinkers, the FTR has been lowered 3,5 centimeters and he has placed a leather seat. To finish it off he has added a custom wrapping to the Dunlop tires with a cool Indian FTR / Dr. Jekill & Mr. Hyde print.

But enough talking... now it's time to take it out to play!

Configure The Arcade for Indian FTR 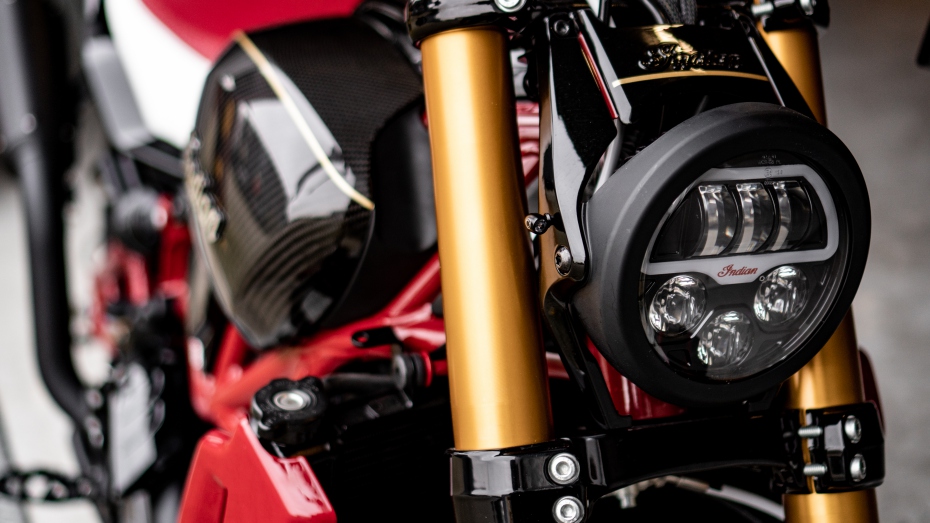 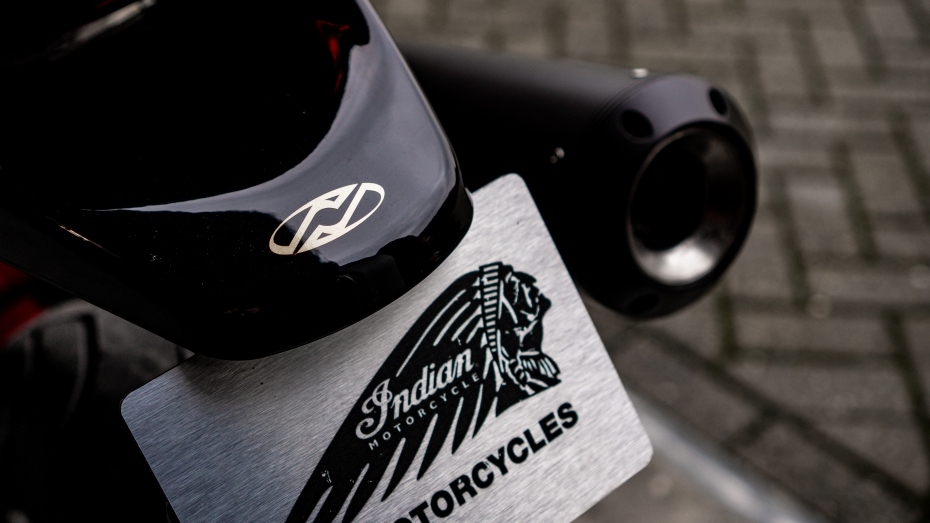 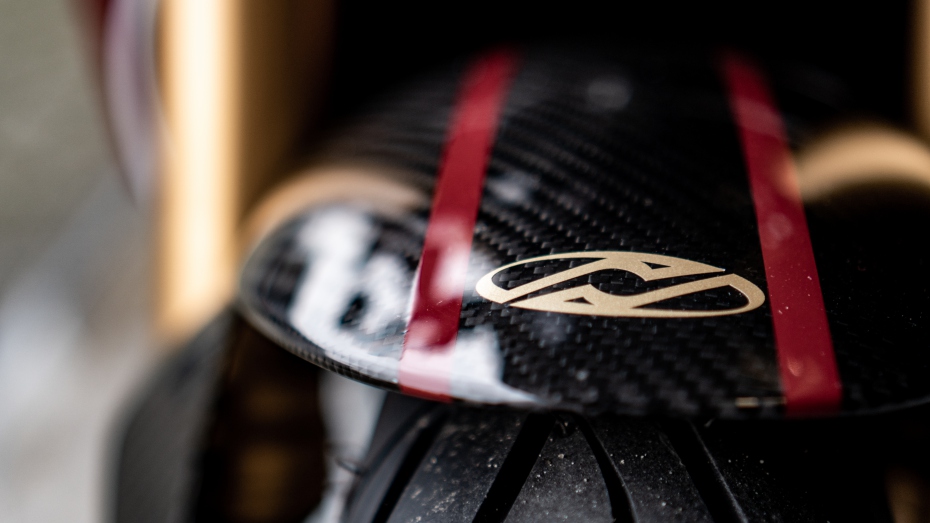 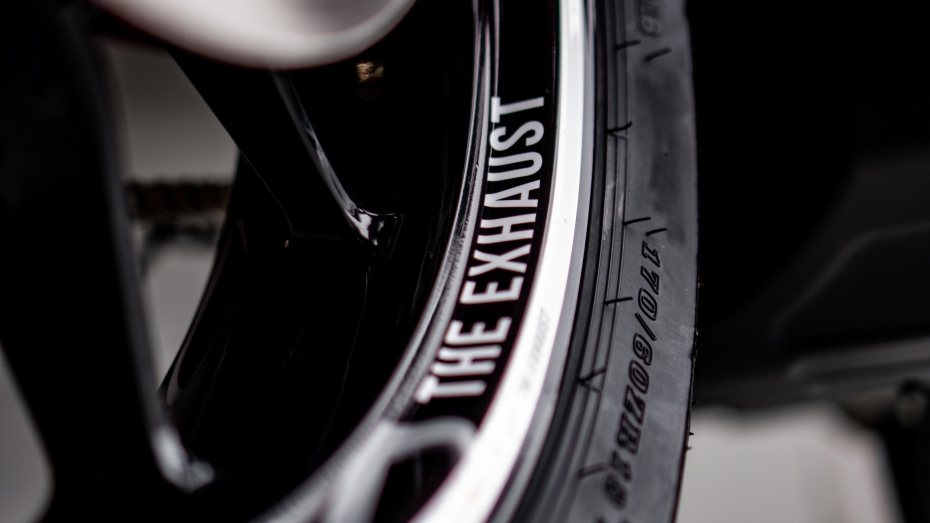 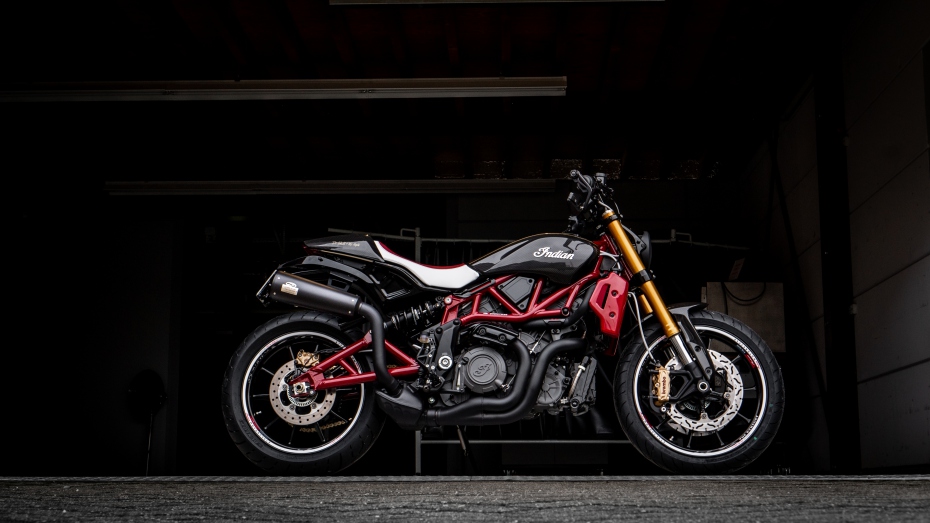