It is not every day that a legend comes to visit us. Last week we had the honor to welcome none other than Charley Boorman. The British actor turned adventurer is endorsed by Harley-Davidson UK nowadays and his Pan America was due for a much-needed upgrade: a Dr. Jekill & Mr. Hyde Nomad exhaust system. 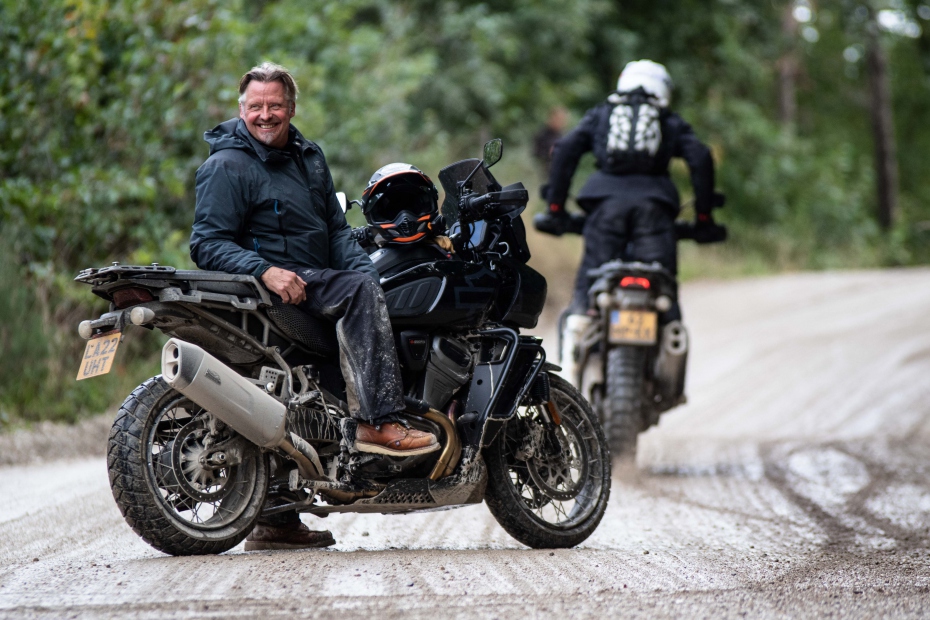 Travelling through the wind and the rain (he experienced much worse though) he came to visit our Headquarters in Belfeld, The Netherlands to get the full Dr. Jekill & Mr. Hyde-experience. While having a rider like him over -who probably made more miles than all of our employees together- we wanted to make the most out of his visit. Luckily his visit coincided with our monthly companywide lunch. Charley talked to us about his travels, adventures and showed many pictures of him on the road and the many injuries he sustained while riding bikes all over the world. This is a man who takes on every challenge. For several documentaries for BBC and AppleTV, he rode around the world with Ewan McGregor, made an off road adventure trip on an electric Harley-Davidson and riding the Dakar rally, sustaining two broken hands in the process and all underlining it with his typical British sense of humor.

But back to the Pan America, Charley came to visit us on his Harley which was still equipped with a stock exhaust and couldn’t wait to get an upgrade. First, he got the whole factory tour which left him -as many others before- in awe, followed by a lunch to get ready to work.

Charley knows his way around a toolbox and immediately stepped in to help installing the exhaust. After mounting the new system, it was time to start the bike for the first time with the new system. After pushing the button, you could directly see a fiendish twinkle in Charley’s eyes as he couldn’t wait to take it out on the road (or offroad for that matter). 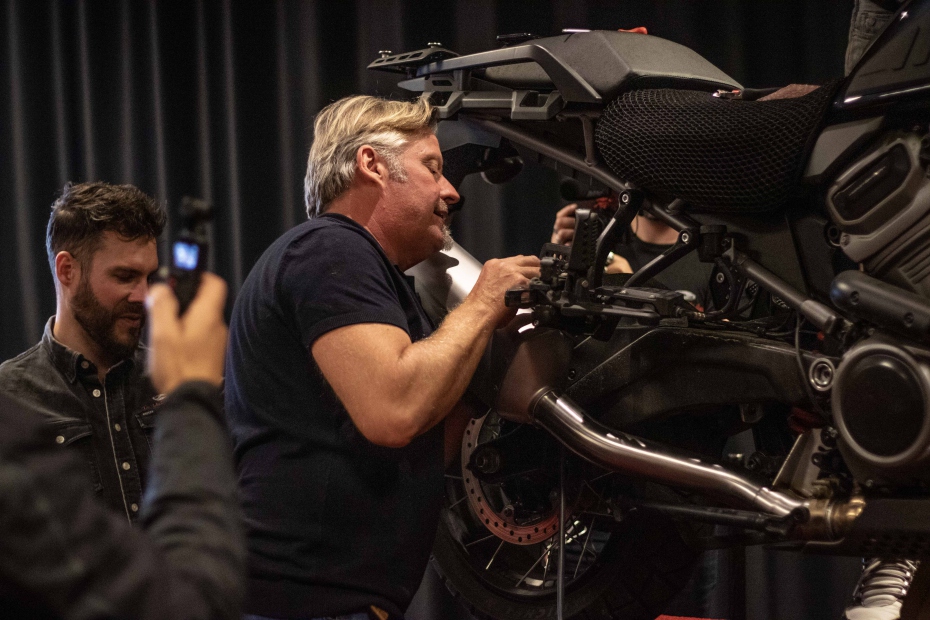 He quickly jumped on the bike and took it for a spin in and around Belfeld. It was just a matter of minutes before the bike (and Charley) were covered in mud from top to bottom, but he couldn’t be happier.

After the first soundcheck and short ride, it was time to recap the experience. After being impressed by the Dr. Jekill & Mr. Hyde headquarters, Charley was equally enthusiastic about the exhaust and the big difference between the Dr. Jekill Mode and the Mr. Hyde sound. Safe to say: the exhaust got his seal of approval. We wish him much fun on this new adventures with his brand new exhaust!

Configure your own exhaust! 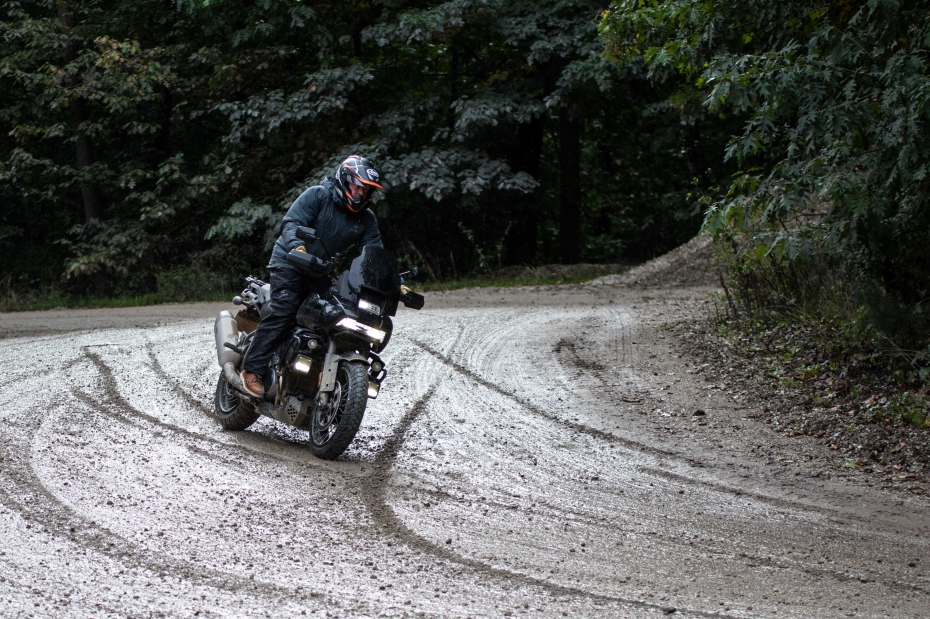 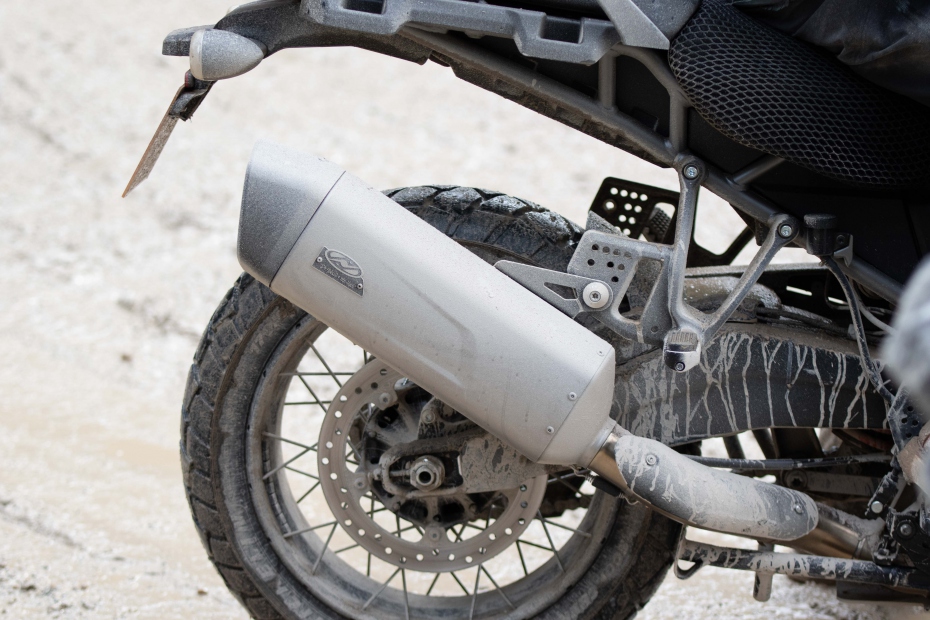 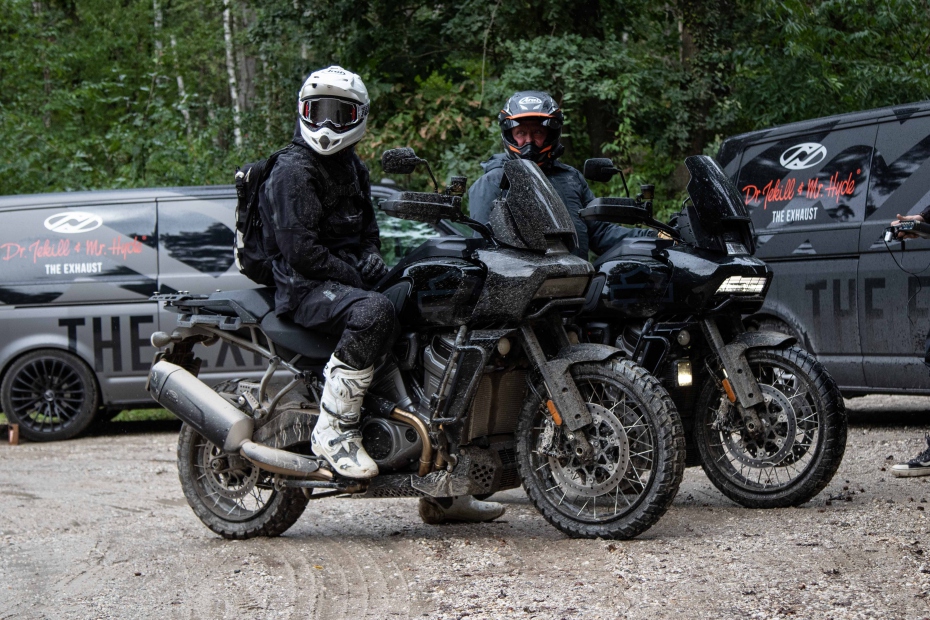